If you’re feeling nostalgic, check out these contemporary film adaptations of some perennially popular novels. Based on the books you may have read in high school, these modern movies put a new spin on some old favorites. We always recommend reading — or re-reading — the book first, of course.

Set during the 1890s Klondike gold rush, this 1903 American classic by Jack London centers on the adventures of Buck, a dog stolen from his California home and sold into service as a sled dog in Yukon, Canada. Buck becomes increasingly wild in his new environment and eventually heeds the call of the wilderness. In the 2020 film adaptation, a grizzled Harrison Ford takes on the role of John Thornton, the kind-hearted gold prospector who befriends Buck. London’s gripping tale of survival of the fittest in an unrelenting wilderness is brought to life through gorgeous cinematography and dramatic CGI, but it’s the relationship between dog and man that really steals the show.

Emma Woodhouse is a rich and pampered young woman who spends her time playing matchmaker to her friends. Though her earnest efforts often result in unfortunate — and comical — results, she eventually stumbles into love and her own happy-ever-after. Austen’s Regency-era comedy of manners has been adapted numerous times for TV, film, and stage, with the most recent 2020 adaptation starring Anya Taylor-Joy as Emma and a supporting cast including Johnny Flynn, Bill Nighy, and Josh O’Connor. While historical films have fallen out of favor in recent years, Austenites and Regency romance fans will be delighted with this recent interpretation of a classic tale.

Originally serialized in Pearson’s Weekly in 1897, this science fiction novel helped establish H.G. Wells as the “father of science fiction.” Loosely based on the original tale, the 2020 film adaptation stars Elisabeth Moss and Oliver Jackson-Cohen. The twisty modern-day tale is told from the perspective of Celia Kass, played by Moss, an architect trapped in an abusive relationship with Adrian Griffin, played by Jackson-Cohen, a scientist whose work in optics leads him to create an invisibility suit. Though the film’s plot strays from the original tale, it serves as a solid companion piece to the novel.

Recently orphaned in British India, young Mary Lennox is sent to live with her reclusive uncle, Lord Archibald Craven, at his home Misselthwaite Manor in the Yorkshire Moors. Starring Dixie Egerickx as Mary, and Colin Firth as her uncle, the most recent adaptation of Frances Hodgson Burnett’s 1911 children’s classic beautifully captures the magic and wonder of this beloved tale. If it’s been some time since you read the novel, you’ll want to revisit it before immersing yourself in the beautiful cinematography of the film.

The Personal History of David Copperfield features Dev Patel in the lead role, playing the adult David with “charmingly hapless gusto” (The New Yorker). Based on Charles Dickens’ 1850 Victorian-era novel, the most recent film adaptation offers a fast-paced plot and a diverse supporting cast that includes Tilda Swinton as David’s aunt, Betsey Trotwood, and Hugh Laurie as the eccentric Mr. Dick. This is David Copperfield for a new generation — inviting readers to experience Dickens in a new way.

Greta Gerwig wrote and directed the 2019 film adaptation of Louisa May Alcott’s timeless 1868 coming-of-age classic. Chosen as one of the top 10 films of the year by the American Film Institute, this version stars Saoirse Ronan as Jo; Emma Watson as Meg; Florence Pugh as Amy, and Eliza Scanlen as Beth. Rounding out the all-star ensemble around the indomitable March sisters is Laura Dern as Marmee; Meryl Streep as Aunt March; and Timothée Chalamet as Laurie. Thanks to Gerwig’s deft handling of the source material, the film has a decidedly feminist slant that works surprisingly well.

Based on the 1953 novel by Ray Bradbury, this dystopian drama stars Michael B. Jordan and Michael Shannon. Set in the future after a second civil war, the story centers on a society where a totalitarian dictatorship has banned most books. Jordan plays Guy Montag, a “fireman” who is tasked with burning books and eventually rebels, while Shannon plays his boss, Captain John Beatty. Shannon and Montag deliver stunning spot-on performances amid Bradbury’s disturbing imagery of a society going up in flames.

Thomas Hardy’s fourth novel — and first literary success — has been adapted for film four times since 1915. The most recent version of the British romantic drama is directed by Danish director Thomas Vinterberg and co-stars Carey Mulligan. It has Hardy’s free-spirited heroine Bathsheba Everdene and Matthias Schoenaerts as Bathsheba’s long-suffering, but determined, suitor. The adaptation beautifully reflects Hardy’s focus on the intricacies of intimate relationships, set against the beautiful, but often brutal, backdrop of farm life in Victorian England.

The 2013 silver screen adaptation of F. Scott Fitzgerald’s 1925 Jazz Age tale has become something of a classic in its own right. Starring Leonardo DiCaprio as Jay Gatsby; Carey Mulligan as Jay’s former lover, Daisy Buchanan; and Toby Maguire as Jay’s neighbor, Nick Carraway, the film captures all of the glitter and drama of the novel. DiCaprio brings revealing depth to Fitzgerald’s larger-than-life anti-hero as the story races to its dramatic and tragic conclusion.

Based on the 1937 novel by J.R.R. Tolkien and directed by Peter Jackson, this high fantasy adventure trilogy includes: The Hobbit: An Unexpected Journey; The Hobbit: The Desolation of Smaug; and The Hobbit: The Battle of the Five Armies. The three films — which, combined, received 30 Academy Award nominations and won 17 — serve as a prequel to The Lord of the Rings film trilogy, which was released in 2001–2003 and also directed by Jackson. Perfect for a movie marathon, die-hard Tolkien fans appreciate Jackson’s reimagining of middle-earth and its fantastical inhabitants. 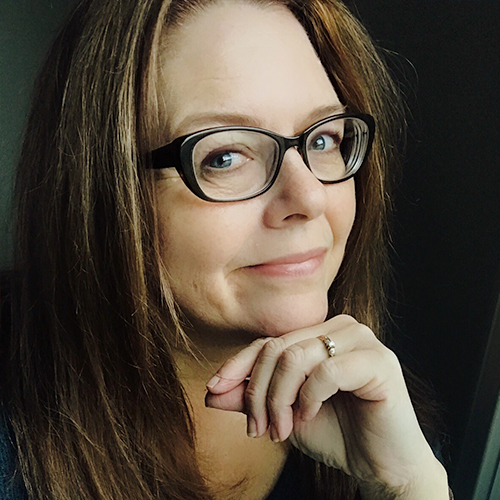 About the Author: Kristina Wright

Kristina is a writer, editor, and book reviewer who lives in Virginia with her husband, two sons, and a menagerie of pets. She’s a regular contributor at Bookbub and writes a monthly review column for the Washington Independent Review of Books. When she’s not reading, she loves watching movies, baking bread, and planning family trips where everyone has fun and no one complains.
Reading Lists
Reading Lists - Books & Movies
Not yet a Scribd member?
Start Your Free Trial

5 author-owned bookstores worth a visit