For many of us, vacations and beach days include indulging in a good book or five. That’s why we’ve put together a beach read bucket list full of books that will make you laugh, cry, remember American history, dive into magical spheres, and leave you wanting more.

From mysteries and thrillers to historical fiction and romance, these novels go well with a glass of iced tea and a generous application of SPF.

Act Your Age, Eve Brown: A Novel by Talia Hibbert

Hibbert’s final book in the spunky and steamy The Brown Sisters series finds disaster-prone Eve crashing into always-in-control grump Jacob. No matter how hard she strives to do right, her life goes in the opposite direction.

When her brand of chaos ruins an expensive wedding (someone had to liberate those poor doves), her parents draw the line. It's time for Eve to grow up and prove herself — even though she's not entirely sure how. The ensuing enemies-to-lovers antics make this sexy charmer soar.

Filled with mystery and an intriguingly rich magic system, Deonn's young adult contemporary fantasy Legendborn offers the dark allure of City of Bones with a modern-day twist on a classic legend.

After her mother dies in an accident, 16-year-old Bree Matthews wants nothing to do with her family memories or childhood home. A residential program for bright high schoolers at UNC-Chapel Hill seems like the perfect escape, until Bree witnesses a magical attack on her first night on campus. A flying demon feeding on human energies; a secret society of so-called "Legendborn" students that hunt the creatures down; and a mysterious teenage mage who attempts — and fails — to wipe Bree's memory of everything she saw.

Spells Trouble is a fast-paced, easy read with fun characters mixed in with a bit of witchcraft. Hunter and Mercy Goode are twin witches, direct descendants of the founder of their town of Goodeville. When their mother becomes the first victim in a string of murders, the devastated sisters vow to avenge her death. But it will take more than magic to rein in the ancient mythological monsters who've infected their peaceful town. Now, Hunter and Mercy must come together and accept their destiny or risk being separated for good.

The Arsonists' City by Hala Alyan

A vibrant family story offering a personal look at the legacy of war in the Middle East, The Arsonists' City is a striking rendering of how we hold on to the people and places we call home. It’s a mesmerizing story that moves from Brooklyn to Beirut to Blythe, California, and back to Beirut — told from multiple perspectives.

Poet and psychologist Alyan delivers a lyrical, piercing tale of a fragmented family thrown back together. When their father decides to sell the ancestral home, siblings and mother reunite in Beirut, determined to block the sale. Smoldering family drama reignites, reflecting the destructive forces long at war within the city itself.

Under the Wave at Waimea by Paul Theroux

Set in the lush, gritty underside of an island paradise readers rarely see, Under the Wave at Waimea offers a dramatic, affecting commentary on privilege, mortality, and the lives we choose to remember. Now in his 60s, big-wave surfer Joe Sharkey is past his prime, though the younger surfers around the breaks on Oahu’s north shore still idolize him. One night, while driving home from a bar after one too many, Joe accidentally kills a stranger near Waimea, a tragedy that sends his life spiraling out of control. As the repercussions of the accident spiral, Joe's devoted girlfriend, Olive, throws herself into uncovering the dead man's identity and helping Joe find vitality and refuge in the waves again.

A Sitting in St. James by Rita Williams-Garcia

Meticulously researched, this historical novel, set on a plantation in 1860s Louisiana, reveals the inner life of slaves who were meant to live in the shadows. After serving as mistress of Le Petit Cottage for more than six decades, Madame Sylvie Guilbert decides to sit for a portrait despite her family's objections. While Madame plots her last hurrah, stories that span generations — from the big house to out in the fields — of routine horrors, secrets buried as deep as the family fortune, and the tangled bonds of descendants and enslaved, come to light.

This astonishing novel about the interwoven lives of those bound to a plantation in antebellum America is an epic masterwork — empathetic, brutal, and entirely human — and essential reading for teens and adults grappling with the long history of American racism.

A perfect story for someone looking for hope and love. For Lila Reyes, summer in England was never part of the plan. The plan was to take over her abuela's role as head baker at their panadería, move in with her best friend, and live happily ever after with her boyfriend. Worried about Lila's mental health, her parents make a new plan for her: Spend three months with family friends in Winchester, England, to relax and reset. What would be a dream trip for some feels like a nightmare to Lila. That is, until she meets Orion Maxwell.

A tea shop clerk with troubles of his own, Orion is determined to help Lila out of her funk and appoints himself as her tour guide. From Winchester's drama-filled music scene to the sweeping English countryside, it isn't long before Lila is not only charmed by Orion but England itself. Soon a new future is forming in Lila's mind — one that would mean leaving everything she planned behind.

From bestselling and award-winning author Steven Bereznai comes a critically acclaimed tale of campy superheroic otherness with an American Horror Story bent. What happens when a closeted jock, a skinny, out-and-proud nerd, and a pair of bratty cheerleaders develop superpowers in a small-town high school? Can they stop a team of super-powered classmates hellbent on reshaping the student body in a darker image? Or will teen angst, jealousy, and an ill-timed romance doom them all?

Fast, fun, and sexy, Queeroes is where unlikely teen heroes must face their darkest fears to become their most authentic selves.

A modern-day version of Romeo & Juliet, A Pho Love Story features two Vietnamese-American teens who fall in love and attempt to navigate their newfound relationship amid their families' age-old feud. For years, the Mais and the Nguyens have been at odds, having owned competing, neighboring pho restaurants. Bao and Linh, who've avoided each other for most of their lives, suspect that the feud stems from feelings much more profound than friendly competition.

A story that is sure to take you by surprise while exploring how family shapes expectations, especially when it comes to love.

The Marvelous by Claire Kann

An enigmatic story about a game that does not go as expected. From the author of Let's Talk About Love and If It Makes You Happy, this exuberant young adult novel follows six teens locked together in a mansion, contending for a life-changing cash prize in a competition run by a reclusive heiress.

Everyone thinks they know Jewel Van Hanen — heiress turned actress turned social media darling, who created the massively popular video-sharing app, Golden Rule. After mysteriously disappearing for a year, Jewel makes her dramatic return with an announcement: She has chosen a few lucky Golden Rule users to spend an unforgettable weekend at her private estate.

Told from the perspective of three dazzling players — Nicole, the new queen of Golden Rule; Luna, Jewel's biggest fan, and Stella, a brilliant outsider — this novel is full of plot twists that will keep you guessing until the end.

For more vacation-ready reading recommendations, check out the Books Best Read Poolside (or in a Hammock) list from our Scribd editors. 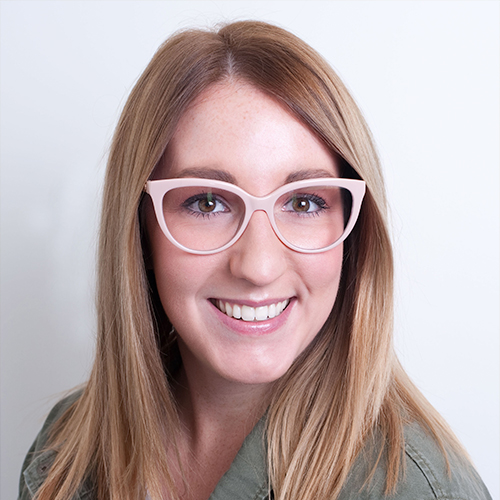 About the Author: Heather Cherry

Heather is a marketing copywriter who specializes in authentic storytelling. She self-published, Market Your A$$ Off. Her favorite author of all time is Judy Blume, and she also loves reading cookbooks, business books, and memoirs. She holds a master's degree in professional writing from Chatham University.
Reading Lists
Not yet a Scribd member?
Start Your Free Trial

How reading makes you a better writer

Expert advice on choosing the right book for your book club