Are you missing baseball season? We have just the thing!

Some highlights from our discussion include:

Check out an excerpt of Swing Kings below:

Bobby Tewksbary spent his entire life dreaming about making it to the major leagues. He never got thereâ€”except for one night, on the pitcherâ€™s mound in Cincinnati. The call came on July 6, 2015. Tewksbary was at the baseball training facility he ran in New Hampshire, where he taught young hitters the secrets of the swing he wish he had known before fizzling out of the independent leagues. This was Tewksbaryâ€™s laboratory,Â  the place he unlocked the mysteries that would forever transformed how hitting is taught and sparked the sportâ€™s unprecedented home run boom.

He had just fired off a text message to Chris Colabello and Josh Donaldson, a pair of teammates on the Toronto Blue Jays he had worked with. They had both hit home runs that night off Chicago White Sox ace Chris Sale, and Tewksbary wanted to congratulate them. Colabello called him back.

What Tewksbary didnâ€™t know when he picked up Colabelloâ€™s call was that Donaldson had recently accepted an invitation to participate in the Home Run Derby being held the following week. Ever since Donaldson decided to participate, Colabello had been badgering him about who he planned to have pitch to him at the event. Part of the fun of the Derby is that players get to choose their batting practice pitcher, so that a family member, a close friend, or a beloved mentor gets the chance to throw on a major league field. Colabello thought Tewksbary deserved the opportunity.

In the moments before Colabello called Tewksbary, Donaldson was close to arriving a decision. He just had one question for Colabello about Tewksbary: â€śCan he handle it?â€ť Colabello responded by handing Donaldson the phone, with Tewksbary on the line.

â€śI was going to ask you to throw in the Derby,â€ť Donaldson said. â€śBut I donâ€™t know if you can handle it.â€ť

Just like that, it was done. It was about 10:30 at night when Tewksbary hung up the phone. He had just pulled into his garage after a full day working at his hitting facility. Before heading inside, he paused for a moment in his car, took a deep breath, and basked in the craziness of the moment. He almost couldnâ€™t process it. He went upstairs and woke his fiancĂ©e. â€śUmmm, I think this is happening,â€ť he said. â€śItâ€™s exciting if it is.â€ť

Too exhilarated to even think about sleeping, Tewksbary went back downstairs for a video session. He turned his television to ESPNâ€™s Baseball Tonight, which that night was featuring Curt Schilling and John Kruk as commentators. He couldnâ€™t believe what they were talking about. That year the Home Run Derby was set to introduce a new format. Previously, batters tried to slam as many home runs as possible around a set number of â€śoutsâ€ťâ€”any batted ball that didnâ€™t land over the fence. Because pitches they didnâ€™t swing at didnâ€™t count, they could take as many pitches as they wanted without penalty. Now, however, each batter would have a set amount of time in which to hit as many home runs as possible, so every bad pitch would seriously hurt his chances of winning. As Kruk and Schilling pointed out, all of the pressure was now firmly on the pitchers.

Shit, Tewksbary thought to himself. Thatâ€™s me. Thatâ€™s me and seven other people in the world that this applies to right now.

â€śHeâ€™s one of the first guys who sort of broke down swings with me before, I guess you could say, I became good,â€ť Donaldson told the Toronto media that week. â€śI think heâ€™s going to be in heaven being out there with these Major League Baseball guys because heâ€™s really worked hard the past few years spending time on the evolution of swings.â€ť

Tewksbary and his fiancĂ©e departed for Ohio on Sunday, July 12. His bride-to-be had to leave her own wedding shower a half-hour early to make the flight. Tewksbary was nervous. Of course he was. It was true that he had thrown batting practice every dayâ€”but never in front of the 7 million or so people who would be watching him during the Home Run Derby.

When Tewksbary walked into the visitorsâ€™ clubhouse at Great American Ball Park for the first time, the nervousness immediately turned to awe. He found his locker, with Donaldson on one side and Blue Jays catcher Russell Martin on the other. In his locker was a uniform, black with red sleeves. The front said â€śAmerican,â€ť for the American League. On the back was the number 28, sitting below the most incredible part: his name, â€śTEWKSBARY.â€ť

Eventually, it was his turn. Tewksbary walked out onto the mound, with 43,000 people in the stands and millions more watching on TV. Bobby Tewksbary was on a major-league field. It was time to pitch.

The Big Lie by Kurt Eichenwald

A stunning takedown of the fraud, incompetence, and arrogance that fueled the false â€” and deadly â€” conspiracy theory linking autism to vaccines. This deeply researched, step-by-step breakdown by Kurt Eichenwald is a necessary read for the current COVID-19 and anti-vaxxer crises. For fans of Bad Blood and badass investigative reporting, as well as anyone who wants to amplify good science, good ethics, and true facts.

Did you like the excerpt? Swing Kings is currently available to read in full on Scribd.

Open Book - Scribd Originals
Not yet a Scribd member?
Start Your Free Trial

8 signs you need a new book

Whatâ€™s behind the #BookTok trend? 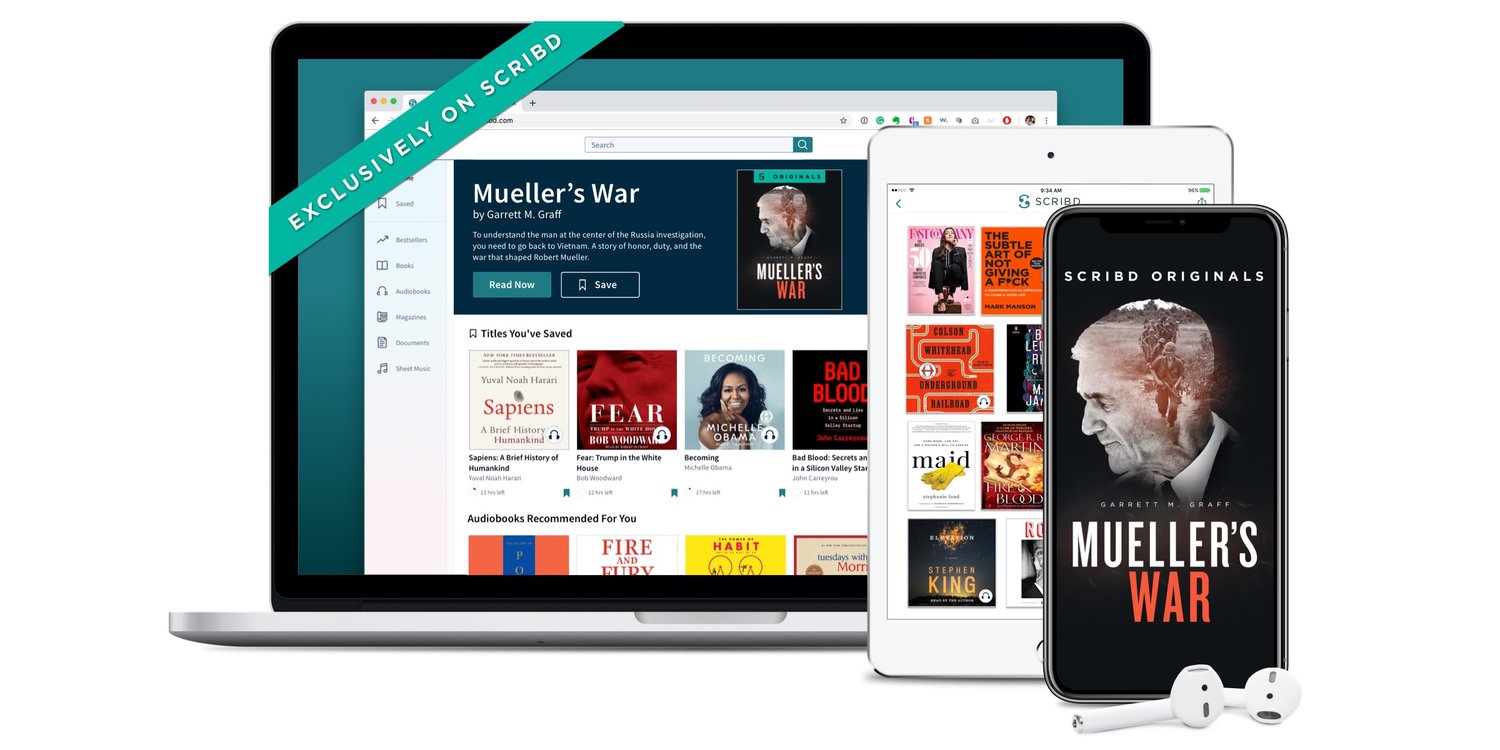