Fresh off her sophomore novel, Libertie — selected as one of the most anticipated books of 2021 by O, The Oprah Magazine, The New York Times, The Washington Post, Refinery29, and more — Kaitlyn Greenidge is back with our sexiest Scribd Original yet. Orgy is a funny, lusty, and wildly engaging story that maps New York City as a place that is shaped by human appetite and alive with rebellion and a need to connect so intense that it breaks all the rules and explodes differences between races and genders. Here we sit down with Greenidge to discuss what sexy means to her — in books, film, life.

SCRIBD: Your Scribd Original story Orgy takes on sex with refreshing frankness and humor while also managing to be thrilling. I know you’re a serious and deep reader — hard not to ask what are some of your sexiest books or scenes in literature or films?
KAITLYN GREENIDGE: This is always difficult, because sex scenes absolutely don’t translate very well. I think some of my favorites are in Colette’s Claudine novels. Colette starts the series writing in a kind of high camp — or the early 1900s French version of camp. The first book is a lot of lesbian schoolgirl fantasies and improbabilities. But with the second novel in the series, the sex scenes begin to turn deadly serious, and by the third they are almost mournful. I like them for the range of emotions in them.

What moves you in good sex scenes, whether in literature or film?
I think the acknowledgment of all the different reasons — or sometimes no reason at all — that people have sex.

Yes, sex in storytelling is often used for something other than titillating — to show power dynamics or the real difficulty we all can have in connecting. Sometimes it expresses a desire for oblivion, escape. Is there anyone working in film or literature today who does this or handles this in a way that inspires you?
So many people! Brontez Purnell’s 100 Boyfriends is a great exploration of why one man has sex — funny and harrowing and fascinating all at once. Garth Greenwell is the GOAT of this at the moment. Melissa Febos writes about sex and the body and the push and pull between intent, memory, psychology, the brain, and the body. Raven Leilani of course writes beautifully. I’m reading Cantoras right now, by Carolina De Robertis, and the ease with which she moves from describing the landscape to friendship to political questions to sex between women is so astonishing. It’s effortless. It’s about lesbians living under a dictatorship in Uruguay and it treats their desire and their sex as invitation for freedom and liberation, not alienation, degradation, or shame.

What about your sexiest people over time — that make you feel, as you write in the story, that “pure glory of having a body and being alive”?
This is tough too! I think probably the best answer would be Breno Mello and Marpessa Dawn in Black Orpheus. Before she dies, of course. They are two of the most beautiful people who have ever lived, caught on film, in gorgeous costumes, dancing and singing and against a beautiful sea and sky. Just perfection.

Sexiest voices — on the page or in your ear?
This one is impossible to answer. Voices are so specific — ones that sound awful at first can become sexy, and vice versa. But I think anything said with confidence and authenticity is immediately compelling.

For Nessa, your heroine in Orgy, sex is her preferred way not only to connect but to express all she is. Where did she come from in your imagination, life, experience? Was she formed out of pandemic living? And why do you think she’s so irresistible to your reader?
There are a lot of people I’ve known who use sex in this way and are refreshingly not hung up about it. I love that approach to a part of life that so much tortured and frankly unappealing stuff is written about. I wanted to write about a woman who aims to live her sex life to the fullest and isn’t punished for it — but this is also not a fairy tale. I think in all the ink spilled about women’s sexual liberation, there’s the assumption that if a woman feels anything less than mindless joy about sex, it must mean liberation is a mistake. Nessa lives, makes mistakes, has regrets, has some lingering conflicting emotions, but those do not dim her enthusiasm for determining her own sex life above all else. 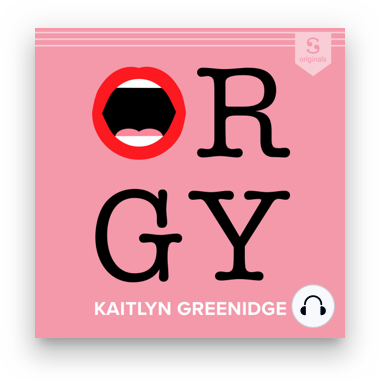 Author Conversations
Beyond the Cover
Open Book - Scribd Originals
Not yet a Scribd member?
Start Your Free Trial

What to know about banned and challenged books