Sitting down in front of a blank screen (or page) to write can be one of the most intimidating tasks to check off your to-do list. But writers get it done all the time — and it takes more than concentration. So how do they make it work? Here are the rules writers live by that help them chip away at their writing goals day after day.

“If you want to be an author, you must sit down and write. You can’t just talk about being an author,” says Allen Klein, author of You Can’t Ruin My Day and The Awe Factor. This rule is actually scientifically backed because of something known as identity-based motivation. Basically, the more you “identify” as a writer, the more likely you are to do what writers do — which is write.

2. Write like you’re painting a barn, not a Picasso.

This advice might help with putting rule No. 1 into practice. Basically, this rule is just about getting something — anything — down on the page. “Words on a page are better than a blank page, and you can always edit later,” says Frank Mortimer, author of the forthcoming Bee People And The Bugs They Love.

3. The quality of your attention matters more than the quantity of your time.

Essentially, it’s better to write well for a short period than to write poorly for a long time. “Writing can take time, but it's a mistake to assume more time will bring more depth or lead to better writing,” notes Emily Stoddard, writer and founder of Voice & Vessel. “I find it's the simple practices that tap a different kind of attention that lead to breakthroughs.”

In fact, Stoddard has been leading 15-minute writing circles since the beginning of the pandemic. “It's just 15 minutes, but it's guided, steady, and makes a creative detour in the usual flow of the day. People consistently share that it feels like they've actually written for two hours.” So there you have it: Focus on quality over quantity.

“Very few of us have time to write,” says Finola Austin, author of Bronte's Mistress. Instead, you have to purposefully make time to write. Sometimes simply accepting that writing won’t be a thing that effortlessly happens can be a game-changer.

Writers often worry that activities outside of writing won’t help them further their craft. But the truth is, inspiration is everywhere. “A spontaneous trip to Berlin helped inspire new scenes for my upcoming debut novel,” says Amy Suto, a TV writer and novelist. “Flipping through the radio in my car gave me the idea for The Last Station, my scripted podcast about the last radio station broadcasting at the end of the world. Follow your wayward curiosity and you'll stumble upon new ideas.”

6. Go above and beyond to capture your own authentic voice.

“I write books about running, and people say my prose puts them in the shoes of a runner,” explains Dean Karnazes, a runner and New York Times bestselling author. ”That's because I do much of my writing while running (by dictation into my phone). We runners have some of our clearest thoughts whilst running, and I capture those in real time.” So, how do you use this advice if you’re not a runner yourself? “I would suggest trying to put yourself in the story by actually being there,” Karnazes advises. “Your writing will become more real that way."

7. Look for trends in feedback.

Any writer can tell you some feedback is valuable … and some isn’t. (Sometimes, other people are wrong about your work.) But feedback you hear more than once is very likely to be right, Austin says. “If you hear the same piece of feedback from 3+ people, it's worth considering seriously.”

8. Good characters have a want that conflicts with their needs.

Creating compelling characters can be a struggle for fiction writers. The rule Suto lives by? Create some push-pull for them. “That's how you get easy character complexity and track growth over the course of a story,” she adds.

This is especially true if you’re planning on making it your full-time occupation. “Be at your desk (or café, etc.) at the same time every day,” Klein recommends. “And just like a job, determine how many hours you’ll stay there writing.” That way, you have some structure to your writing habits.

You’ve probably heard the cliche about writing from the heart, says Sam Jordan Dudeck, a screenwriter. Lots of people won’t find that old adage helpful. But what Dudeck finds useful is letting go of his thoughts for a little bit when he’s writing. “When you clear your mind, you tap into a space where everything flows,” he explains. “Just try it, you'll be surprised what happens!” 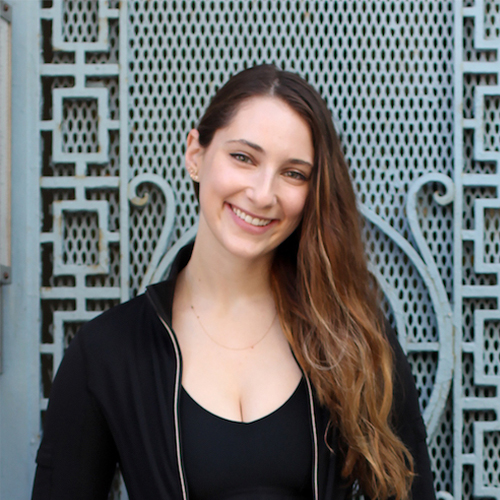 Julia is a freelance writer and editor who holds a BA in Art History from Wellesley College, and is also a certified personal trainer and nutrition coach. Her work experience includes writing, reporting, and editing for top publications, including Shape, InStyle, Cosmopolitan, as well as leading brands like Nike, Aveeno, and Precision Nutrition. She lives in London with her husband and two cocker spaniels. An avid reader, you can find her devouring her book club's latest pick — or anything by Zadie Smith, Blake Crouch, and Jeffrey Eugenides.
Expert Tips
For the Love of Reading
Not yet a Scribd member?
Start Your Free Trial

The favorite books of 10 famous authors

Is it better to read at night or in the morning?

The Pulitzer Amsterdam Hotel is a luxury ode to writers