Just a few years ago, book promotion centered around traditional marketing, including advertisements, in-store display tables and book signings, author tours, and interviews with mainstream publications. Word of mouth was also key, as trusted recommendations from friends and family could propel a good book into the cultural spotlight, leading to international sensations like Harry Potter and The Hunger Games.

Today, conventional tactics still sell books, but right now nothing is moving the needle more than TikTok, where passionate users discuss, recommend, and connect over books, new and old, generating awareness and sales more quickly and efficiently than other avenues.

Search the #booktok tag on TikTok, and you’ll find nearly 10 billion posts — which is a lot of posts. Many feature quick book reviews and spirited opinions, while others show time-lapse videos of users nose-down in a book. Some posts include fan art and cosplay of their favorite characters or a giddy tour of a beautiful bookstore. Others focus on distraught faces, sobbing after reading an emotional tome.

There are few rules to BookTok, and anyone can post anything using the tag. But the shared interest has resulted in overwhelmingly wholesome content that promotes reading and shines a spotlight on certain authors and their works.

Many of the featured books fall under the banner of young adult fiction, and many of the BookTok movement’s most-followed content creators aren’t even old enough to vote. But there’s a little something for everyone within the tag’s vast content trove, with posts about thrillers, romance novels, mysteries, and more.

If three is a trend, 9.6 billion (and counting) is a movement. Hordes of TikTok users get their book recommendations from others on the platform, and with numbers at a critical mass, publishers are paying attention. This bloc’s sway extends beyond cultural cache to purchasing power.

BookTok’s favorite books regularly find their way onto bestseller lists, but it’s not just new books getting attention. The tag has resurfaced older books, too, with many unheralded works receiving a massive influx of sales thanks to passionate fans whose posts go viral.

The Song of Achilles was released in 2012 and received a solid reception, even winning the coveted Orange Prize for Fiction. But that didn’t impact sales like TikTok. When the novel was featured on the platform years later, sales skyrocketed and placed the book on bestseller lists. We Were Liars made its modest debut in 2014. Fast forward to 2020, and it enjoyed a torrid surge of new sales, all thanks to BookTok. To ride the wave, booksellers are setting up BookTok display tables in their stores, bringing the movement full circle, as the once-niche social media trend is now a marketing tactic employed by the industry’s old guard — all because an organic crusade centered around a hashtag.

The below books have taken TikTok by storm, accounting for some of the most posted novels on the platform. Give them a read to see what everyone is talking about.

The Song of Achilles by Madeline Miller

An imaginative reinvention of a classic epic, this entertaining foray into Ancient Greece satisfies lovers of literature and poetry alike.

A Court of Thorns and Roses by Sarah J. Maas

The first of the five-book series retelling Beauty and the Beast, this read features Feyre, a strong female lead, as well as fairies, and a compellingly imaginative world.

It Ends with Us by Colleen Hoover

This is a rare romance with unexpected plot twists that demand answers to hard questions. It’s a page turner that stays with you even after you’ve managed to put it down.

Shadow and Bone by Leigh Bardugo

This story features a literal battle between light and dark, and two childhood best friends, Alina and Mal, who have romantic eyes for no one but each other.

Six of Crows by Leigh Bardugo

For more #BookTok reading recommendations, check out the Books Trending on TikTok list from our Scribd editors. 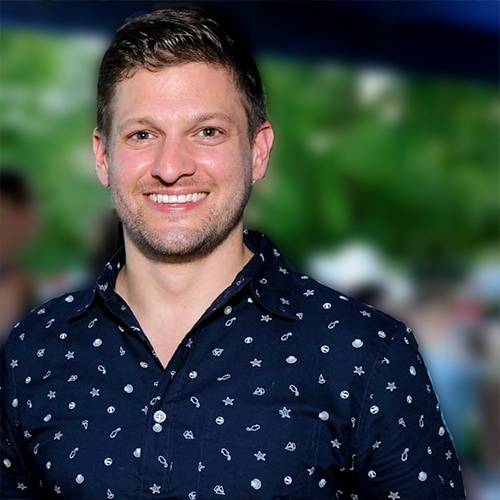 About the Author: Kevin Gray

Kevin is a Dallas-based writer covering all things lifestyle, including food, drinks and travel, and his work has appeared in The Dallas Morning News, Forbes, Men's Health, and other outlets. The Cormac McCarthy canon sits at the top of his favorites, but he can't resist a good whodunnit.
For the Love of Reading
Reading Trends
Not yet a Scribd member?
Start Your Free Trial

8 signs you need a new book

How to get back into a reading routine after a break

How reading makes you a better writer