When we read a story, it transports us to places, introduces us to people, and unveils situations we normally wouldn’t encounter in our everyday lives. It’s one of the reasons why many of us love to read, especially when we’re emotionally invested in a great story. By stepping into a character’s shoes, we can experience the wonder of a magical world, the thrill of solving a murder, the pleasures of falling in love, and so much more.

As it turns out, this very aspect of reading fiction — seeing the world through a character’s eyes — can also make us more understanding and accepting of others in real life, according to research. Here’s what recent studies tells us about how reading affects our social attitudes and behavior, even when our books are closed.

Jane Austen in your head

You might recall reading about Harry’s first year at Hogwarts or Elizabeth Bennet’s awkward marriage proposal from Darcy in Pride and Prejudice. But did you realize that, in some cognitive ways, you might have felt as if you were really there?

For a 2012 study, participants were told to read a Jane Austen book either casually or deeply while their brain was scanned. Unexpectedly, the deep readers had parts of their brain activated that relate to real-life movement and sensation, “as though readers were physically placing themselves within the story.”

It’s not just Austen. Another study had undergraduates read sections of either Stephenie Meyer’s Twilight or J.K. Rowling’s Harry Potter and the Philosopher’s Stone. Strangely, after reading the excerpts, participants answered questions that showed they were identifying more as vampires or wizards, depending on which story they’d read — and this provided them with a sense of belonging.

This effect was likely short-term, but it shows that reading has the capacity to make us identify with a story and its characters, which leads to empathy, the ability to know and share the feelings of another.

Numerous studies have shown that reading is correlated with greater empathy. In 2009, researchers found that even when controlling for personality, reading fiction was predictive of higher empathy scores and social support.

This seems to be increasingly true with the more books we read: A 2006 study showed that participants who recognized more author names — an indicator that they were likely more well-read — scored higher on the Interpersonal Reactivity Index, which measures empathy.

However, it’s not just your mind that can change after reading. A 2014 study looked at not only the connection between reading and empathy, but people’s willingness to help others. In the study, researchers separated empathy into two camps: cognitive empathy, the ability to intellectually understand another’s viewpoint, and affective empathy, which is sharing the emotions of others. After giving subjects an Alexander McCall Smith excerpt to read, they discovered that reading was associated with greater cognitive empathy. Even more interesting, readers who reported being “transported” or absorbed in a story had more effective, or emotional, empathy — and shared a tendency to help others.

The authors concluded that “an individual’s habits and experiences of reading fictional stories have implications beyond the realms of ‘make-believe’ and fantasy. They are associated with how people understand the minds of those encountered in the real world, and motivation to help those in distress.”

Reading is not only linked to empathy and helpfulness, but it’s also connected to other pro-social beliefs. For research published in the Journal of Applied Social Psychology, three studies had kids, teenagers, and university students read excerpts from Harry Potter. Some in each study particularly read parts where characters discriminate against the non-magical “Muggles” and “Mudbloods,” who have only one magical parent, in the wizarding world. Depending on the study, those who read the excerpts grappling with prejudice had their attitudes towards immigrants, refugees, and members of the LGBTQ+ community improve.

Reading’s effect on empathy may be even more pronounced for readers of literary fiction. A 2013 study showed that reading literary fiction increased scores that measure what’s called Theory of Mind in adults, which is an understanding of others’ mental states, more than reading genre, popular fiction, or nonfiction. Why could this be? A discussion of the research in Scientific American noted that literary fiction “focuses more on the psychology of characters and their relationships,” which “prompts the reader to imagine the characters’ introspective dialogues.” This can have real-world implications, the author added, since, as most of us unfortunately know, our world is “full of complicated individuals whose inner lives are usually difficult to fathom.”

In 2017, the researchers delved into this topic further, once again discovering that reading literary fiction corresponded with higher scores on Theory of Mind tests, even after accounting for differences in age, gender, educational background, and self-reports of ability to empathize. The researchers concluded that the results “offer further evidence that habitual engagement with others’ minds, even fictional ones, may improve the psychological processes supporting intersubjectivity.”

Of course, it can be hard to separate genre fiction from literary fiction, especially nowadays. There are plenty of books with horror, mystery, romance, or other genre elements that nevertheless feature complex characters and writing.

What should you read?

With the lines between genres blurring, it seems less important to focus on what you’re reading than that you’re reading at all — and particularly reading something that absorbs you, whether that’s Jane Austen, Harry Potter, or the latest Fredrik Backman novel. As research is showing us, books have the almost magical ability to grant us greater empathy for both fictional characters and the real people around us, especially the more we’re immersed in the stories we read. So read books that get under your skin, and let the benefits flow off the page. 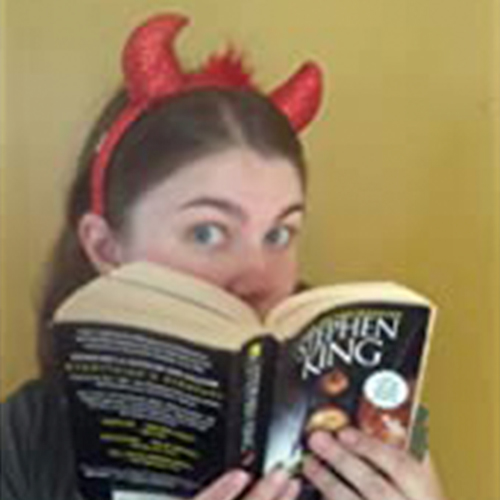 About the Author: G.G. Andrew

G.G. is a freelance writer as well as an author of romance and women's fiction. A Texas transplant, she lives outside Houston with her husband and two sons, both of whom are on the autism spectrum. In her spare time, she enjoys browsing bookstores, yoga, paper crafts, themed food, swimming, and anything related to Halloween. She's probably drinking tea right now.
For the Love of Reading
Not yet a Scribd member?
Start Your Free Trial